This Wednesday, April 11 is Last Day to Fix Party Registration. Did you ever vote in a Democratic Primary? Or register as member of Conservative, Libertarian, or Constitution Party? - Grossman for Congress
Skip to content

Almost anyone can vote on June 5  to nominate me as the Republican candidate for 2d District Congress.  You don’t have to be registered as a Republican.  (This email explains how to vote for me.  If you haven’t yet read why, please visit GrossmanforCongress.com.  Or visit LibertyAndProsperity.com to learn what I worked on for the past 15 years.  Thanks.)

The county Republican conventions last month did not nominate any candidates for Congress.  They simply “endorsed” or recommended candidates.   Under NJ State Law, only voters can nominate Republican and Democratic candidates in secret ballot primary elections on June 5.   However, there are rules.

Voters who previously registered and voted Republican in a June Primary can, of course vote for me on June 5.   So can “unaffiliated” (“virgin”) voters who never before voted in any June primary.  They can simply sign up as a Republican at their regular polling place on June 5.

However, if you previously voted in a Democratic Primary (or registered as a member of the Libertarian, Constitution, Conservative or other party), you cannot vote  in the Republican Primary on June 5– unless you submit a letter or this form by this Wednesday, April 11. 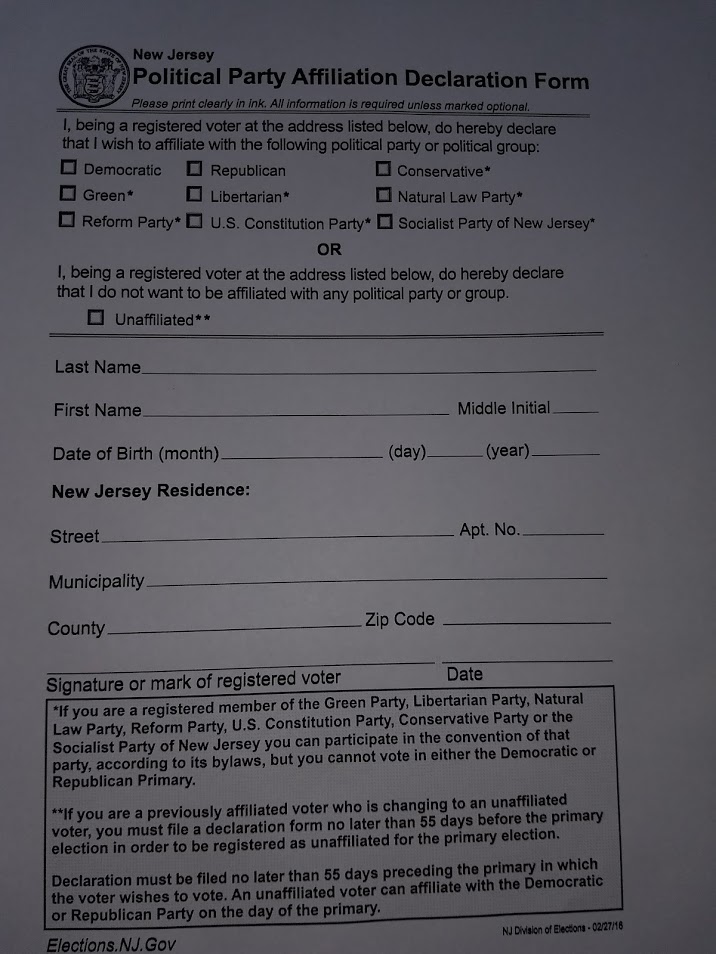 Many long-time Republicans forget that they once voted in a Democratic Primary years ago as a favor to a friend or relative– or to vote against a particularly bad Democratic candidate.   By doing that, those Republicans are still registered “Democrat”.  They cannot vote in a Republican primary until they submit a written request for “Change of Party Affiliation”

Please click here for the form and detailed instructions:   (You can also write a simple letter requesting the change, provided the letter is signed by you, and lists your name and address.)
You must deliver the letter or form to your County Board of Elections or Commissioner of Registration or local city, borough, or township clerk by this Wednesday, April 11.

This law was designed to make it hard for Democrats to sabotage the Republican Party by voting for weak candidates in the Republican Primary in June so they can easily defeat them in November.  (And to stop Republicans from doing that to Democrats.)

U.S. Senate candidate Brian Goldberg and I will be in the same column in all voting machines throughout South Jersey.   We are running as Atlantic County MAGA Republicans in Atlantic County, Cape May County MAGA Republicans in Cape May County, etc.   During the past two months, Goldberg and I spoke at more than a dozen of the same Republican club meetings and county conventions throughout South Jersey.   There, we learned that we both support the “Make America Great Again” agenda of President Trump.

However, a slate of candidates running in Stafford Township in Ocean County persuaded us to run together in the same column.   We are proud to be running with Greg Myhre for Stafford Township Mayor, and Council candidates Tom Steadman, Dr. Tony Guariglia, Mike Pfancook, George Williams, Bob Henken, and Paul Krier.  Our slogan there is “Ocean County MAGA Republicans”.  We agree that candidates appearing together in a column get more votes than candidates who appear alone. 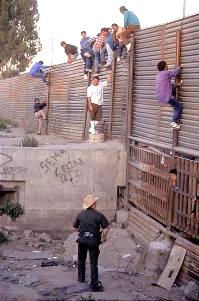 Photo from Associated Press.
My Letter on Immigration Finally Published by PressofAtlanticCity:  “America needs immigrants, just as children need milk. However, a child who drinks 5 gallons of milk at once will get sick or die. . . “   Click here for full published letter. 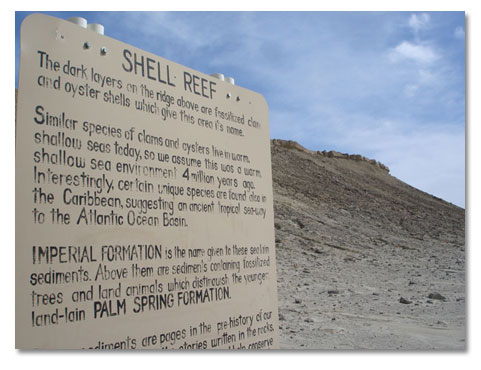 Comment to Today’s Press of Atlantic City article Sea Level Change Can’t Be Denied:  “It also cannot be denied that beach “protection” and “replenishment” projects corrupt our politics and waste billions of tax dollars that are desperately needed elsewhere. Anyone who knows about dried up ocean bottoms in Arizona deserts, or the land bridge that once connected Alaska to Russia, knows that sea levels and land masses rose and fell billions of years before Democrats made “climate change” a political issue. We don’t save anything when we spend billions “to save valuable beachfront property”. Being close to the water is what gives beachfront homes extra high value. When they wash away, cheaper properties behind them suddenly have ocean views and dramatically increase in value. Everyone has the right to spend his or her money to build an expensive house right next to the water. Nobody has the right to expect taxpayers build or repair it after a storm.” Click here for link to article.

Comment to Press of Atlantic City article Stockton U. to Sell Seaview Hotel and Golf Course:

“For years, Stockton University borrowed and spent hundreds of millions of dollars to take on projects that had nothing to do with its core mission of providing New Jersey students with a good college education at a price they and their families can afford. Some of those projects included bailing out failed real estate investments and other projects like Ponderlodge in Cape May, Seaview Resort, Noyes Museum, Aviation Project, Old Atlantic City Library, Dante Hall, etc. Others included high priced construction projects like Taj Mahal Campus Center, Atlantic City campus, etc. The big losers are students and their families who leave school with highest student loan debt for public college in the country, and NJ taxpayers who will be paying back Stockton’s debt for years to come”.  Click here for link to article.

We can win this election!    Eight years ago, Frank LoBiondo won the June Primary election for Congress with 19,000 votes, compared to 2,944 for Linda Biamonte, and 2,415 for Donna Ward, two “Tea Party” conservatives with no funding, advertising, or organization.  This time, I am the only MAGA (Make America Great Again) candidate, and the establishment is split three ways.   This time, I am raising funds and joining with others to build an organization.

I invite your support and participation to build and be part of that organization.  If you can do anything to help, please contact me.   If you know anyone else who wants to join or learn more about me, please send me his or her contact info.  Meetings of my Campaign Committee are every Wednesday evening at 7PM starting this Wednesday, April 11,  in a Mays Landing home, and 8:30 AM Saturday mornings at the Shore Diner in Egg Harbor Township.  My next fundraiser is tentatively scheduled for Saturday, May 12.   Time and location to be determine.   Please contact me for details including the address for Wednesday meetings.  Thanks.